600 pages of a theme in one cardboard box! 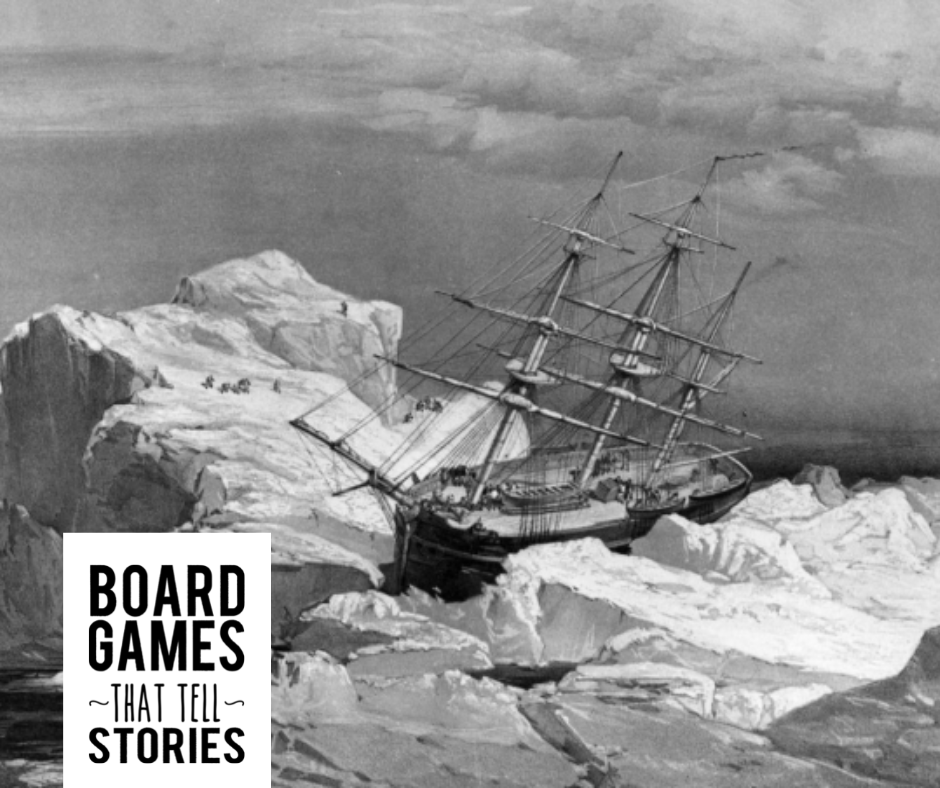 I had it with On Mars, which, although it is a really complicated game, it didn’t give me any trouble. For three years, working on First Martians, I practically lived on Mars. So I easily absorbed On Mars whole. I also had it with Kanban, which I didn’t understand. On the other hand, my wife moved through the nooks and crannies of its rules as if she had been playing it for years. She loves cars and everything related to them. Kanban was her game. And I had it today with Expedition: Northwest Passage. I sat down and played. Everything went smoothly from the first to the last minute.

It’s an old truth: when we understand what a game is about, if it presents the theme well and realistically, we usually understand the rules in no time, and the game is pure pleasure.

Expedition: Northwest Passage tells the story of a rescue expedition that follows in the footsteps of the ships Erebus and Terror, which disappeared in 1845 while searching for the titular passage. The game’s mechanics is a bit of a race, a bit of tile-laying like the good old Carcassonne, and a bit of set collection. A mix of mechanics that could have become an abstract jumble, as is the case in many games. A mix that, fortunately, tied well with the game’s theme built a simple but very interesting game.

The twist that makes you want to return to Northwest Passage after the first game, the trick that makes you scratch your head and whisper to yourself, “Ah, now I understand,” is the crazy fun the game does with temperature and seasons. The sun that moves around the board sometimes provides a safe passage, but more often it freezes the channels and traps our ship in ice. In each round the temperature changes and the whole board, all the terrain tiles are subject to different rules. Yves Tourigny, the game’s author, solved this in an absolutely brilliant way, with a simple, pure rule, he threw us into the hell of deadly temperatures, icy rocks, and crews trapped in freezing traps. The sun circles around the board, and with a brutal ice razor, it cuts off large parts of the game field, one wrong move, one moment of hesitation, one poorly planned route, and the ice catches our ship and traps it in shackles. Beautiful, terrifying, and true.

Tourigny captured not only the cruel climatic conditions in the game. He also captured the mapping of the land, so important at that time – in a game it is incredibly difficult, but gives us a lot of Victory Points if it is successful. He also captured the search for news of the missing ships among the Inuit tribes, the discovery of messages left on the potential route of the missing ships, as well as simply the remains of their equipment or perhaps the graves of buried sailors. Each element of mechanics tells a story here. Sending sailors with sleds on the ice, and searching for the best possible marching route…

I have just finished reading Dan Simmons’ brilliant novel Terror. Excitedly, I broke through over 600 pages of a novel that tells the story of Erebus and Terror in just a few days. And with that excitement on my face, I sat down today to Expedition: Northwest Passage, and I was not disappointed. It’s a simple, elegant, well-designed game that I value the most – board games that tell stories.

The Key to Reviewing Frostgrave

An excellent game I'll never have

Chill Out, Drawing Cards Can Be Random!