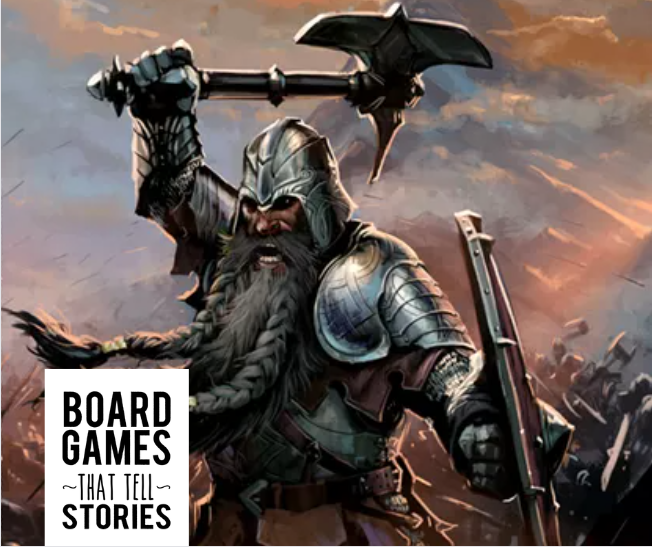 The Battle of Five Armies – based on the climax of JRR Tolkien’s novel The Hobbit – pits the hosts of the Elvenking, the Dwarves of Dain Ironfoot, and the Men of the Lake led by Bard the Bowman against a horde of Wolves, Goblins and Bats led by Bolg, son of Azog. It is a standalone game based on the rules for the epic War of the Ring. It has over 100 miniatures, a big board, cards, tokens… It is freakin’ The Battle of Five Armies. I knew it. I will never be able to learn how to play it.